Who is Considered an Expatriate and Should They File U.S. Taxes? 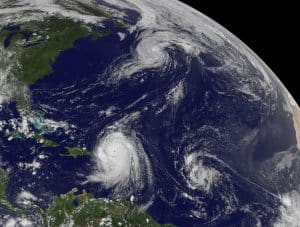 Navigating the US tax code can be quite complicated and yet, it can get even more intimidating for Expatriates. Expatriates have even more roadblocks and tax concerns to consider when filing their taxes than the average U.S. citizen. And we are here to help you file your taxes the right way, as no one wants to end up on the wrong side of the IRS tax laws.

Who is an Expatriate?

Let’s start off by defining who exactly is an Expatriate? An Expatriate (also referred to as an Expat) is any person living in a country other than the country of their birthplace or what is considered their native country. Expats are commonly made up of retirees, corporate employees, government workers, professionals, university employees, educators, artists, and skilled workers.

Does an Expat Need to File Taxes?

If your worldwide income surpasses the filing threshold (this can vary based on your filing tax status), you are then required to submit a U.S. Federal Tax Return just like all other U.S. based citizens.

So, what is considered income? Income includes any money received through dividends, interest, and rentals. You must also take into consideration all wages and salaries from both U.S. and non-U.S. sources.

As the U.S. tax laws now stand, if you are self-employed (think sole-proprietor or LLC), your income threshold is set at four hundred U.S. dollars. This $400 threshold applies to everyone regardless of their tax filing status. So, if you exceed the $400 threshold, you must file a U.S. tax return.

There are other instances that might require Expats to file their U.S. taxes each year as well. This could include an instance or instances where you find yourself owing what are called “special taxes”.

When do Expats Need to File Their U.S. Taxes by?

According to the IRS, if you are considered a resident alien or a U.S. citizen that lives abroad, or if you are serving in the military and are serving outside the U.S., you are allowed an automatic 2-month extension to file your tax return and to pay any amount that you owe the IRS without filing for a tax extension. For those filing their U.S. taxes every calendar year, this would extend your filing date to June 15th.

Now if you find yourself owing tax money to the IRS and you qualify for the automatic 2-month extension, any penalties for late tax payments will be assessed from the April deadline and not June 15th. So, if you anticipate owing the IRS money on your taxes, it is best to file before the April 15th deadline in order to avoid penalties and interest imposed by the IRS.

If you are an Expat and you happen to move back to the U.S., you still may qualify for certain tax deductions, exclusions, and credits for that tax year. However, you will need to file by the April deadline because you would now be considered a resident of the United States.

Do Most Expats Owe Taxes to the U.S.?

As it turns out, most Expats do not owe US taxes. The IRS has put quite a few exclusions, deductions, and tax credits in place for Expatriates. This has been done in order to make sure that Expats are not double taxed off of the same earnings.

Currently, there are a variety of ways Expats can benefit from these tax breaks. For example, Expats may be eligible for the following credits and exclusions:

Be sure not to pay double tax! The Foreign Tax Credit comes into use when the host country has already taxed your income. Of course, you don’t want to pay the IRS too because you already paid the country you live in while abroad.  That is why the Foreign Tax Credit was created. But as always, tax laws can get complicated and it’s best to talk to an International Tax Expert to help you determine exactly how much tax you owe if any.

Now when it comes to the Foreign Housing Exclusion and the Foreign Earned Income Exclusions, you must be able to substantiate that you are an official Expatriate and you earned income while in a foreign country. You also must file your tax returns so that you can prove that you qualify for these tax benefits.