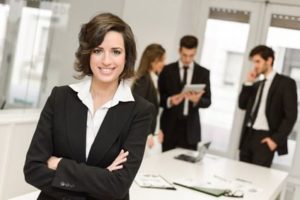 All Americans must include their worldwide income when filing their U.S. taxes. This includes green card holders as well as U.S. Expats or Expatriates (a person residing in a country rather than the U.S.). Many Expats make the mistake of thinking they don’t need to file U.S. taxes while living abroad, but this is not true. In fact, all Americans who earn at least $12,000 or $400 of self-employment income must file a tax return to the IRS.

Now as an U.S. Expat you might be unsure as to which forms you are required to file with your annual U.S. tax returns. Don’t worry though, as this confusion is not uncommon amongst Expats. What makes choosing the right tax forms more challenging is when you have two forms with similar names that are designated for very similar purposes. An example of this would be IRS tax forms` 2555-EZ and IRS tax form 2555. It is not necessary to fill out both of them, but which form is right for you?

• Have earned wages/salaries while in a foreign country

Now, form 2555 is a worksheet for tracking Foreign Earned income and/or foreign housing you can exclude from taxation. Like Form 2555-EZ  It gets attached to your 1040 or 1040-SR when filing your taxes. Its key sections include “Claiming the Foreign Earned Income Exclusion” as well as “Claiming the Housing Exclusion”.

It also covers how you might qualify for certain tax benefits through either the Physical Test or the Bona Fide Resident Test.

If you are looking to take advantage of the Foreign Housing Exclusion and/or you made over $103,900 this is the form for you rather than the 2555-EZ.

With this “full version” of tax form 2555, you may qualify for more tax savings.