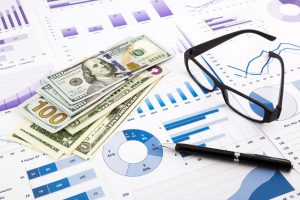 Are you a military contractor (either an American green card holder or U.S. citizen) or an employee of a military contractor working for any of the 8 branches of the U.S. military while in a combat zone? If so, you are still required by law to file your U.S. taxes each year. Why is that? Because U.S. taxes are based on your citizenship and not on your place of residence.

Eight US Military Departments to Serve

As it turns out, many people don’t know that there are 8 branches of the military. Perhaps you are doing contract work for one of them. The 8 military branches include the U.S. Army, U.S. Marines, U.S. Navy, U.S. Air Force, U.S. Coast Guard, U.S. Space Force, U.S. Public Health Service Commissioned Corps, and the U.S. National Oceanic and Atmospheric Administration (NOAA) Commissioned Officer Corps. Of course, just because you do contract work overseas for the military is does not mean you are an Expat (A.K.A. Expatriate) that qualifies for any tax benefits of the Foreign Earned Income Exclusion.

To avoid double taxation by the U.S. and the foreign country you reside in, the IRS has put in place exemptions, laws, tests and tax forms just for Expats. By claiming certain exemptions, Expats can greatly reduce their tax liability come tax time. In fact, some Expats, can eliminate the taxes they have to pay to the IRS altogether.

Generally, the most important or primary exclusion an Expat will want to take advantage of is the Foreign Earned Income Exclusion.

The Foreign Earned Income Exclusion allows American military contractors and everyday Expats who live overseas to exclude a little over $100K of their income from being taxed by the U.S.

But what is a combat zone? The IRS defines a combat zone(s) as an area(s) that qualifies for hazardous duty, actual combat areas, and direct combat support areas. It also includes contingency operation areas.

How Do I Qualify?


For a military contractor to be able to qualify for combat zone tax benefits, the contractor or employee of the contractor needs to meet at least one of the following three options according to the IRS:

What Areas or Countries are Considered Combat Zones?

The following areas have been designated by the U.S. as combat zones.