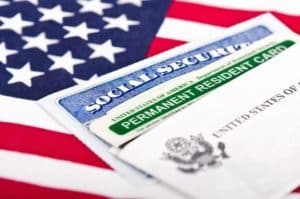 Tax Form 2555 is an IRS tax form that determines Foreign Earned Income. It is meant for use by U.S. Citizens and Resident Aliens only.
In addition to Tax Form 2555, there is a smaller or “easier” version of this form known as 2555-EZ.

If you are working and residing in a foreign country (outside of the USA), you may want to use form 2555 when filing your taxes to make the most of the FEIE  (also known as Foreign Earned Income Exclusion).

The Foreign Income Exclusion is for Expats that qualify or meet certain criteria. This exclusion can allow Expatriates to exclude a little over $100,000 of their income from their federal taxes. This is a pretty considerable tax break, and it is often utilized by both long term and short term Expats.

In order to receive any of the exclusions or tax benefits of Tax Forms 2555 or 2555-EZ, you will need to pass the Bona Fide Residence Test or the Physical Presence Test.

It’s also important to note that the Foreign Earned Income Exclusions are only designed for income that you personally earned. It is not for other forms of income like interest, capital gains or dividends.

Tax Form 2555 has 9 major parts or sections. They are as follows:

Tax Form 2555-EZ has 4 major parts or sections. They are as follows:

Get Your Questions Answered