Expats – Don’t Get Your Passport Revoked for Tax Debt 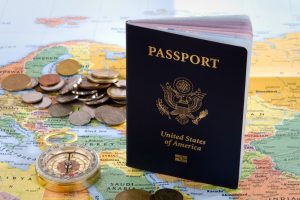 Do you need a passport for an upcoming business trip or vacation? Perhaps you are an Expatriate just heading home overseas. If owning a passport is important to your lifestyle, business or family then you are going to want to stay in the good graces of the IRS. Because if you don’t, you just might lose your ability to travel outside the U.S.

How Much Tax Debt before Your Passport is Revoked?

Believe it or not, the IRS does have the power to revoke the passports of Americans, but they just can’t do this to anyone. In order for the IRS to revoke an American’s passport, they must have over $52,000 owed in past federal taxes (including interest and penalties). According to the IRS, owing this much money is what is known as owing a “seriously delinquent tax debt”.

The IRS has the right to enforce this law on anyone looking to get a passport (during the passport application approval process) as well as on current passport holders. This law is all part of the Fixing America’s Surface Transportation (FACT) Act that was passed in February 2018. Originally the act indicated $51,000 as the penalty threshold, but that number gets adjusted for inflation each year.

Now that the Fixing America’s Surface Transportation has been passed, the IRS has begun handing over delinquent taxpayers who are past the overdue threshold to the State Department for potential passport revocation.

So far, it is believed that approximately 400,000 notices have been sent to delinquent taxpayers who are in danger of losing their right to own an American passport.

As a result of the Fixing America’s Surface Transportation (FACT) Act, millions of dollars have been paid in overdue taxes in the last couple of years and many Americans have entered into payment agreement plans in an effort to retain their right to a U.S. passport.

It is important to note that before a passport is revoked or enters the revocation process, the delinquent taxpayer will receive a letter first in the mail in an effort to make things right before their case gets sent to the State Department for revocation. The IRS is required by law to notify the State Department when you reach the $52,000 threshold.

As always, it is in your best interest for you to take the first steps to resolve your late taxes before the IRS and Stet Department get involved in your right to carry a US passport.