The Tax Home Test for Expatriates 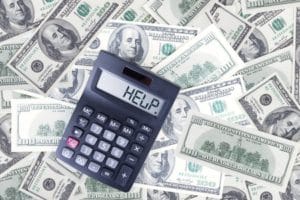 So, what exactly does country of tax residence mean, and how is it determined?  Tax residence (A.K.A. residence for tax purposes or fiscal residency) is a very important matter for tax payers who work and live abroad. Your tax residence impacts your tax responsibilities.

Qualifying as an Expatriate

If you would like to qualify as a U.S. Expatriate (a U.S. citizen living abroad) and claim Expatriate tax deductions provided in the U.S. tax code, such as the Foreign Tax Credit and Foreign Earned Income Inclusion (FEIE), there are a few things you must consider.

You also cannot have a home or abode in the U.S.. The quick takeaway here is… if your connection to the U.S. is too prominent or obvious, then you may not qualify for Expat tax deductions provided by the IRS. Simply put, if your tax home or abode is in the U.S., you will not qualify as a U.S. Expat, but this is not always as straightforward as it seems.

What About Working in Combat Zones?

If you support the armed forces of the United States while you work in a designated combat zone, your abode is not in the U.S. as long as you meet the criteria of the physical presence test. Combat zones change all the time, so be sure to stay up to date on the status of the combat zone in question.

The Foreign Earned Income Exclusion can allow for you to earn a little over $100K and still not pay any U.S. Federal income tax off of that income. Now, that’s a tax benefit worth taking note of.

To be able to benefit and claim the Foreign Tax Credit and/or the Foreign Earned Income Inclusion (FEIE), you need to satisfy 1 of these 2 tests.

With the Bona Fide Resident Test, you must live abroad for a minimum of one whole calendar year. This means from January all the way through December.

You also should establish residency in a foreign country even though you might like to return to the U.S. at some point. The IRS states it this way:

For the Physical Presence Test, you must be in a foreign country or countries for 330 days in a 365 day period. This does not need to take place in a single calendar year. For example, the 365 days could span from March to March or from June to June. The IRS states, “You can count days you spent abroad for any reason, so long as your tax home is in a foreign country.”

We hope that you have found this information helpful. If you have any tax questions, we would love to help. Just give us a call at 1-407-382-6658 for assistance.