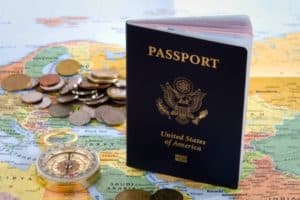 The Bona Fide Resident Test is a test that helps determine if an individual can qualify for the Foreign Earned Income Exclusion (FEIE) and any foreign housing deductions. For this test, an individual must be either a U.S. citizen or a U.S. resident alien and has established residency in a foreign country.

To meet the criteria of the Bona Fide Resident Test, one must live in a country outside the United States for an entire tax year without interruption. Additional parameters of the Bona Fide Resident Test also take into consideration the purpose of your trip abroad, the nature and length of your stay, and your intentions. Another thing to consider is one’s domicile which is not the same as one’s residence. A domicile is defined as one’s permanent residence or home.

What Qualifies as a Tax Year?

To meet the criteria for the Bona Fide Resident Test, one must live abroad (in a foreign country) for a complete tax year. The IRS defines a tax year as lasting from January 1st all the way through December 31st of a given year. However, this does not mean one could not travel to other countries (the U.S. included) for work or for a personal vacation during this time. Any travel should not be lengthy and should be thought of as brief. All trips taken should be with the clear intention of returning to the foreign country the individual originally traveled from. It is also worth noting that an individual’s bonafide residence could include 1 entire tax year as well as parts of 2 other tax years.

To sum it all up, an individual meets the bona fide residence test if they’re a bona fide resident of a foreign country or countries for an uninterrupted period that includes an entire tax year.

If you have any questions regarding the Bona Fide Resident Test for Expatriates or your Expat status or International taxes in general, be sure to call our international tax office at 1-407-382-6658 for assistance with all your tax-related questions.